A facelift procedure can be offered to patients over a wide range of ages. Modern facelift techniques can be performed on patients in their late thirties and upward. The determining factor is the health status of the patient and the physical attributes that the patient wishes to correct. With increasing age the structures of the face become lax and tend to sag downward due to continuous gravitational. This process may become evident earlier in some patients and is due to multiple factors including health status, smoking, hormonal changes, weight loss and genetics, to name a few. The changes that occur include increased bags of the eyelids, a deeper nasolabial groove (the line from the nostril edge to the corner of the mouth), increasing jowls and a loose, sometimes pendulous, neckline. When this occurs, a facelift is the perfect remedy. 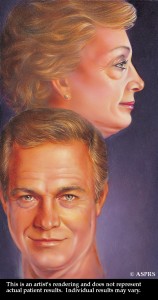 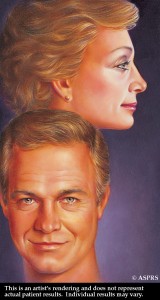 Age is not an important factor in this surgery. Younger and older patients alike may undergo this surgery with great success. The only prerequisite is that the patient be in good health.

It should be kept in mind that a facelift is not a miracle ‘cure’ for aging. It will not take a 50-year-old face and return to what it was at 20. It can, however, rejuvenate the face by about 5 to 10 years, depending on the changes required. It leaves the face with a refreshed look. Following surgery, the face will continue to age normally but the effects of surgery remain life-long. For example, should the surgery have given a fifty-year-old face a forty-year-old look, when the patient reaches sixty years of age, the face will probably look about fifty years old. Patients may opt for touch-up surgeries at this point in order to maintain that forty-year-old look. Aging is inevitable, but aging with beauty is much more pleasing!

Many horror stories float around regarding this surgery, most of them unfounded. When performed by a qualified plastic surgeon, the risks are negligible and the results often spectacular. Don’t forget that thousands of facelifts are performed each year on very satisfied patients who discover a new flare for life!

Anyone who cares about his or her appearance is a candidate for a facelift. As long as they are in good health, it may be performed on both men and women of any age. It is by far one of most requested procedures in our clinic.

When performing the surgery in a classic manner, it can lift the corner of the eyebrows, the cheeks, the jowls and the neckline. The surgery generally takes 3 hours to perform, but may be longer of more complex surgery is desired. It can be done either under local anesthesia (like going to the dentist) or under general anesthesia (with the patient totally asleep). In our clinic, we prefer local anesthesia because the recovery time for the patient is much less. 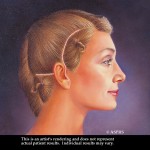 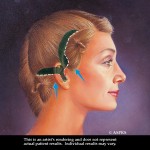 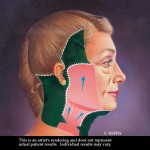 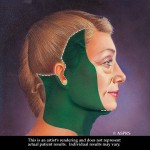 The skin is then gingerly lifted off of the underlying fat and muscles. In order to correct the descent of the cheeks and jowls, these structures are manipulated and suspended internally. The skin is then placed overtop and the appropriate amount of skin is removed. The incision-line is then closed and a dressing is made. Men undergoing a facelift should be made aware that the bearded skin would be shifted upward toward the ear because the skin is pulled in that direction.

Dermabrasion and laser resurfacing may be used to treat the fine lines that often appear later in life around the lips and that are not corrected by a facelift. There is, however, a significant risk of skin discoloration with these modalities. Your surgeon can offer you alternatives to these methods, some of which can be done before, during or even after your surgery as a simple office procedure.

If the hair needs to be colored, do so about a week before surgery since you will not be able to do so until about 6 weeks after surgery.

Alcohol in any form is not to be consumed for three weeks before surgery until two weeks after surgery. Alcohol has properties that dilate blood vessels and thin the blood, and can contribute to excessive bleeding during and after surgery. Even a small amount can cause problems.

Cigarette smoking and nicotine intake in any form, including patches, is strictly banned for the period of one month before surgery until one month after surgery. Cigarettes and nicotine contain properties that diminish oxygenation of skin and other tissues, and can contribute to skin necrosis (see below).

Should you have regular medications to take, ask your surgeon if you should take them before surgery or not. Certain medications can cause problems and only your surgeon can determine this.

A soft diet is recommended for about a week in order to let the lower face rest.

Avoid any activities that can increase the blood pressure. Increased blood pressure can cause bleeding in the 2 weeks after surgery. For example, do not do the dishes, lift heavy objects, clean the house or perform any activities where the face has to be looking down for extended periods. Sexual and other emotionally charged activities should also be avoided for the same reason. Pretend that you are a monk!

Sleeping on three pillows in not necessary, contrary to popular belief. This is true for any surgery. However, try to sleep on your back since sleeping on your side may cause more swelling to occur on one side of the face when compared to the other.

When the dressing is removed, wash your hair in the shower every day using your regular shampoo. This will remove any crusts that develop around the sutures, making suture removal an easier task. The sutures placed in the scalp are very solid and can withstand gentle combing.

Your sutures will be removed about one week after surgery.

In order to reduce the swelling, you may place cold compresses over the cheek and neck for the first 2 weeks. To do this properly, dip a facecloth in a bowl of ice-cold water and wring it before applying to the face. This will make you feel better, especially when applied around the eyes. Do not place ice directly on the skin as this may freeze the skin and cause skin loss.

If swelling is not an issue but there remains some residual bruising after 2 or 3 weeks, application of warm compresses may help the bruising fade away faster. Warm compresses may restart the swelling, so use them with this is mind.

Dyeing your hair may be safely done 6 weeks after surgery. You may use makeup at about 2 weeks after surgery without problems. When using makeup, we suggest using a light colored, water-based variety. Dark pigments may be ‘picked up’ by healing incisions and cause ‘tattooing’ of the incision line. Hydrating creams can be used at 2 weeks after surgery, but do not massage the face excessively unless instructed to so since this may cause the internal sutures to ‘pop’ prematurely and cause increased swelling.

THINGS TO EXPECT SOON AFTER SURGERY

THINGS TO EXPECT LATER ON

A facelift is one of the most beautiful surgeries that can be offered in the realm of cosmetic surgery. A nice little present that one can give oneself, it causes surprisingly little pain and can give spectacular results. The recovery is not demanding and the rate of satisfaction is very high. It is indeed a rare individual who regrets looking fresher and younger!

Neither miracle creams nor lasers can give the same results. Creams can change the quality of the skin and remove some blemishes while lasers can do the same by changing the outer surface of the skin. If your skirt is too long, ironing will take out some of the wrinkles but it will still remain long. To make it shorter, you have to cut some fabric. The same goes for the loose skin on the face: only a facelift can give you the face you deserve!

At what age should I expect to seek a facelift?

It’s not the age, but the face! Genetics and environmental factors play an important role in facial aging. For example, some patients never seem to age (those with ‘baby-faces’) and others who are smokers or with medical conditions seem to age prematurely. The signs that you should look for include descended cheek, a deepening nasolabial fold, jowling along the border of the mandible and bothersome neck folds.

One thing that is for certain is that facelifts that are performed at a younger age tend to have a much longer effect. For example, a facelift performed on a 40 year-old can keep the face looking much younger even when the patient reaches 60!

Is a facelift painful?

It all depends on your tolerance to pain but most patients have some mild pain the first 2 nights after surgery that can be well-controlled with medication. The pain is very well-tolerated.

Will anyone recognize me after the surgery?

Of course they will, but they will will find you more refreshed and alert!

What is the recovery time after a facelift?

Sutures are completely removed at 5 days after surgery, but you should plan to take at least 2-3 weeks from work.

I saw somebody on television who looks terrible after a facelift. Will that be me?

Absolutely not! Television personalities are somewhat obliged to seek help for their aging face since they make their living based on their looks. However, if someone looks odd, it may not be from a facelift, but to a combination of many other treatment that they have received.

Dr Hashim has many years of experience treating faces with both surgical and non-surgical methods. He is know to produce the most natural results possible and so you can keep your worries in your television when you are under his care.

Can I undergo a laser procedure instead of a facelift?

Laser treatment to the face can only manage superficial skin changes such as fine lines and blemishes. A facelift will actually lift the skin and the sagging muscles underneath, something that lasers will never be able to do. If your skirt is too long, can you shorted it by ironing out the wrinkles?

A facelift will re-drape the skin a muscles of the face into a more youthful position by improving the neckline, the mandibular margin, the nasolabial folds and the cheek are all in one sitting!

We realize that it takes great courage to pick up the phone and call regarding these issues. We are constantly being judged about our appearance and it can be embarrassing to talk openly about these very private concerns. However, you should always keep in mind that the sole purpose of your consultation with a plastic surgeon is to help you and not to pass judgement on you. Your plastic surgeon is a professional who deals with these issues every day, with many different people who have similar problems.

Furthermore, Dr Hashim is always impressed by those who are able to gain enough confidence and insight to be able to seek help for these most private concerns. Rest assured that we raise our heads higher after a facelift, we regain our femininity after breast remodelling and we smile secretly when buying new dresses after a tummy-tuck. Surgery for well-being!